An attic caught fire because the air handler was wired incorrectly. Ductwork developed microbial growth because it was re-routed improperly. Hail damaged outdoor HVAC equipment because components were missing. These are a few real-life claims that adjusters assigned HVACi that resulted in findings of improper installation and faulty workmanship.

How adjusters resolve these claims, including settling with the policyholder, subrogating with a third-party’s insurance carrier, or dismissing them because of contract exclusions, depends on the individual policy. HVACi remains objective by purposefully not being involved in how the claim is settled, instead providing all the information in the final assessment report needed for whichever way an insurance professional decides to proceed. But it’s important adjusters are aware of how improper installation and faulty workmanship have appeared in HVAC claims to handle them as accurately as possible and to avoid potential claims leakage. 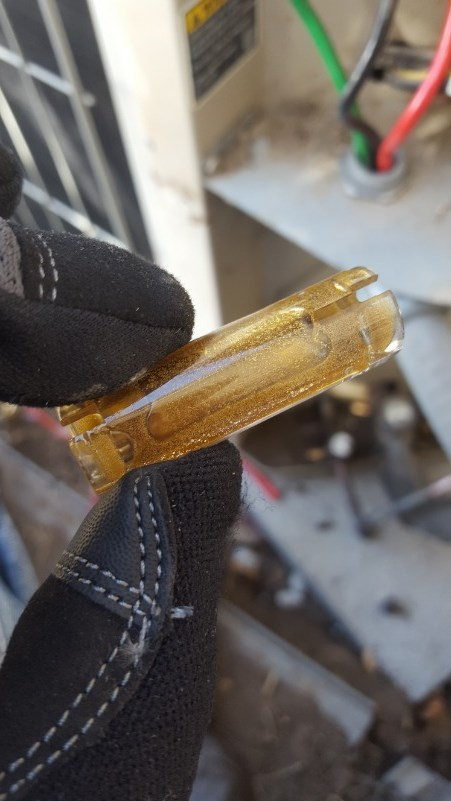 An acid test revealed the refrigerant was acidic after a contractor replaced the condenser coil.

Contractors working on HVAC systems should be licensed professionals with training and certifications.

In one example of improper installation, an insured told an adjuster that the compressor locked up following a coil replacement. HVACi found the system refrigerant was acidic, there was moisture present in the refrigerant circuit, and a filter drier had not been installed. These all go against industry best practices.

Among the options for this claim are that the adjuster may have settled with the policyholder or may have had to start subrogation and attempt to collect money from the party at fault. Regardless, the damage could likely have been prevented by having a certified technician handle the initial coil replacement. 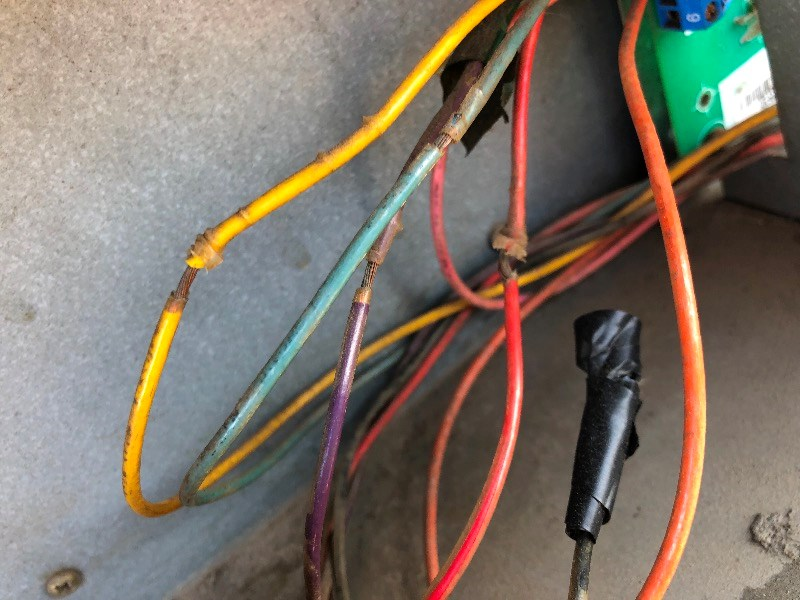 The insured claimed the peril as high voltage surge, but the HVACi technician noticed the wire insulation was cut and caused voltage arcing.

Claim filed with a different cause of loss

In many instances, claims were filed with a different peril listed, but HVACi’s comprehensive assessments determined improper installation or faulty workmanship caused the damage.

In one example, a policyholder was claiming high voltage surge. It was discovered that when the heat exchanger was replaced not all the screws were returned, which prevented the panels from closing. Wires were also found to be modified and insulation was cut, which left sections exposed and caused voltage arcing. Assessors determined the faulty workmanship proved to be a safety hazard and recommended replacements if coverage was afforded.

In another example, an insured claimed lightning damaged a system. During our assessment, the system was functioning properly. However, someone had rerouted the fluepipe under the fresh air intake, which caused gases leaving the property to cycle back through the system. Though the system was undamaged by lightning, the results of the faulty workmanship posed a safety hazard. Repairs were recommended, though it would be up to the adjuster to decide how to proceed.

Regardless of how these claims were settled, adjusters should ensure claimed equipment is thoroughly inspected to confirm causes of loss and that there aren’t other concerns. 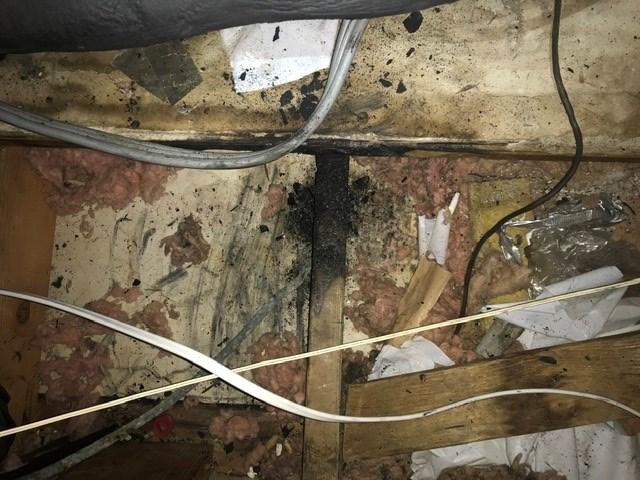 The wrong wiring connected to an air handler resulted in a fire that burned an attic joist.

Sometimes the improper installations or faulty workmanship causes damage to something other than the component that was serviced. This may lead to a claim for the ensuing damage, which may or may not be covered by the policy depending on the circumstances and details of the claim.

In one instance of this happening, an attic caught fire after wiring with the wrong amp was connected at the air handler. The improperly sized cord overheated and caught fire, which burned a joist in the attic but didn’t damage the air handler. The adjuster in this case would have to consider the ensuing damage from the overheating.

This incident could have had a much worse consequence, but it also could have been prevented had the wires been properly installed.

Large loss claims with equipment damaged by something else

HVACi has investigated many large loss claims that were for multiple hail-damaged HVAC systems but also included equipment that was no longer in use or missing components.

In a claim regarding a shopping center that had more than 100 HVAC systems, nearly 10 had missing components, such as paneling, motors, or condenser coils. Some of the HVAC systems had been out of operation with no sign of hail damage, but they were included in the claim.

In another claim, there were 79 systems damaged by hail, but two others had exhaust fans missing top covers that left the motors exposed, which caused damage that may not have occurred otherwise.

Assessors must inspect all systems listed in the claim. If they weren’t all closely examined, they may have been claimed as needing repairs or replacements that shouldn’t have been covered by the policy.

What can policyholders and adjusters do?

Your insureds may not always know something was done improperly to cause the claim, and if they did, they may not always admit it. It’s important adjusters receive a thorough inspection of the damaged equipment to confirm cause of loss and scope of the damage. Adjusters should also make sure they know what is covered in the policy and under what conditions.

A policyholder can sometimes be convinced by a contractor or a friend that he or she knows how to make the needed repairs or installations – and find out too late that it wasn’t the case. Ensuring policyholders use licensed contractors to make necessary repairs and installations may have prevented some of these claims from ever being filed.

HVACi is here to help

Our technicians are vetted for their skills knowledge prior to being hired by HVACi so that when we assign them to gather data for us, we trust them to know what to inspect so we can then write accurate reports. That will, in turn, help you decide how a claim should be handled, whatever the outcome may be.

Have a claim that may have been related to improper installation or faulty workmanship? Our team of experts will use just the facts to deliver accurate inspections and recommendations.