With snow piling up and outside temperatures below freezing, a policyholder in New York doesn’t want to worry about the boiler not working during the winter months. But then there is a bang, and it smells like soot near the boiler. The insured just lost a method to heat their home, and an adjuster will now receive a claim for a damaged boiler.

Insurance adjusters should be familiar with the causes of most boiler damages – including puffbacks, low water cut off malfunction, surges, theft, and water – to understand why it’s critical to assess the equipment before settling a claim. Many of these damages fall under the category of wear and tear, which isn’t typically covered in an insurance policy and accounted for 44 percent of the boilers in claims HVACi assessed last year. 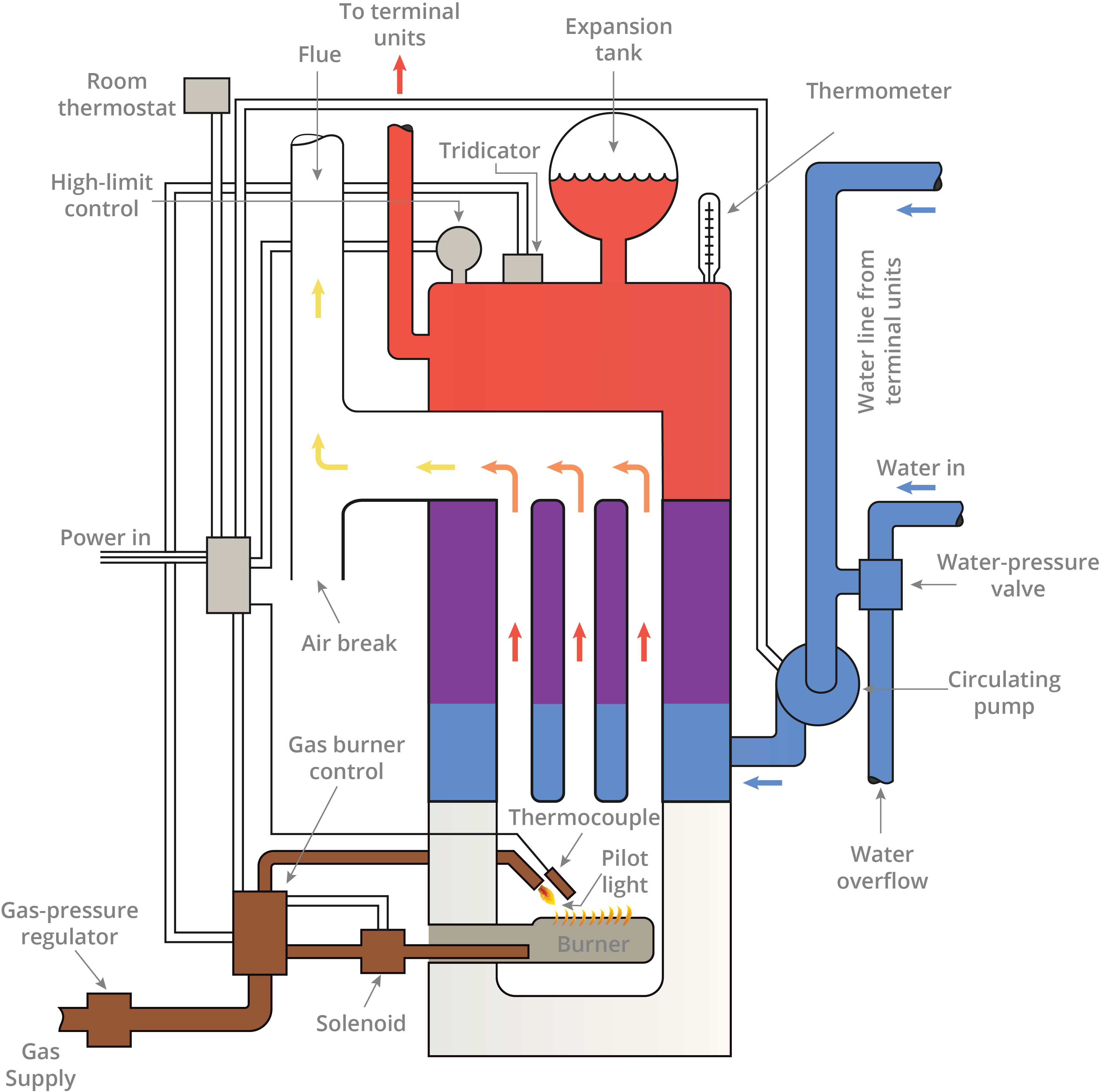 Boilers have a variety of equipment used to heat water or steam that is transferred via pipes and terminals, including radiators and non-electric baseboard registers, to warm a home or business.

Unlike a furnace that delivers heated air through ductwork and vents, boilers are hydronic systems that distribute steam or hot water throughout buildings to provide heat via pipes and terminal units. Water or steam radiators, non-electric baseboard registers, and underfloor tubing hydronics systems are among the terminals used.

Boilers are commonly fueled by natural gas, which burns cleanly and comes from an installed natural gas line, or by oil, which requires a large onsite tank. Propane can also fuel boilers, though it is mainly used in areas where oil is not common or where there is no natural gas service. Another option, though also more rare, are wood-burning boilers. Boilers that run on oil can cost double or triple the price of one that uses natural gas, though a boiler’s efficiency and size can affect equipment and installation totals for either type.

The kind of boiler and the types of terminal units being used can affect which peril is more likely to occur.

This short technical video explains how boilers work and their components.

An insured hearing a bang from the boiler may be an indication a puffback has occurred. Something has caused an oil or gas buildup within the heat exchanger, and the excess fuel produces smoke when it ignites. Puffbacks are more likely to occur in oil-fueled boilers because these types of systems need to be serviced more frequently and excess oil is less likely to dissipate than natural gas.

Because turning a system back on after a puffback isn’t recommended, HVAC professionals can test a system by checking for fuel leaks, examining the flue for clogs, holding a candle near the heat exchanger while the blower is on to detect a crack, and inspecting the oil nozzle and burner assembly.

Puffbacks can be costly and even dangerous for a policyholder, but they are typically the result of poor maintenance and age-related wear and tear. 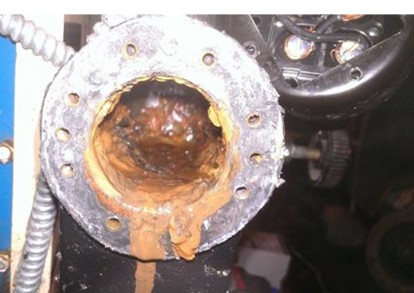 Low water cutoffs can be clogged by Total Dissolved Solids in the supply water, which could cause them to send wrong messages to the boiler and either run without an adequate water supply or shut off unnecessarily.

Water is integral to a properly functioning residential or commercial boiler, and it’s important an adequate supply is available. Low water cutoffs are meant to turn off a boiler if there isn’t enough water to transfer heat to, but they can also malfunction and cause further damages by sending the wrong message.

Low water cutoffs can be electronic or mechanical. Mechanical is the most widely used water-level safety device, but it is also the switch more likely to fail. A properly working mechanical low water cutoff has a float that stays at the surface of the water. When the water level increases, the float valve goes up, and when the water level drops, the float valve lowers with it. When water gets to an unsafe low level, the boiler shuts off.

Supply water has Total Dissolved Solids (TDS), including minerals, dirt, and rust, that build up over time. Too many TDS could cause the mechanical-float low water cutoff to get stuck and prevent it from moving with the water level. If the water level became too low, the boiler wouldn’t automatically shut off.

In both situations, the malfunctioning low water cutoff could allow the boiler to run without water, which is called a dry fire. The heat generated in the boiler’s combustion chamber cannot transfer the heat to the water, and instead, the heat exchanger and boiler tubes overheat. If this happens for too long, the metal walls of the burner, boiler, or heat exchanger can weaken and crack. This could lead to a fire, explosion, or, in most cases, a leak from water escaping via the crack.

Cold temperatures could cause the circulation pipes for the boiler to become frozen, which will keep the system from receiving an adequate water supply. If the low water cutoff malfunctions at the same time, this could also result in dry fire.

On the other hand, a water-logged float could sink to the bottom regardless of the water level. This sends the message that the supply is too low and unnecessarily shuts down the boiler.

Like a puffback, failures of a low water cutoff switch point to a lack of regular maintenance or age-related wear and tear. To prevent any malfunctions, TDS should be removed by regularly flushing the low water cutoff valves. Boiler feedwater should also be chemically treated to prevent scaling and maintain proper pH levels. Low water cutoff equipment is less expensive to purchase, install, and maintain when compared to the catastrophic damage that can occur from dry fire. 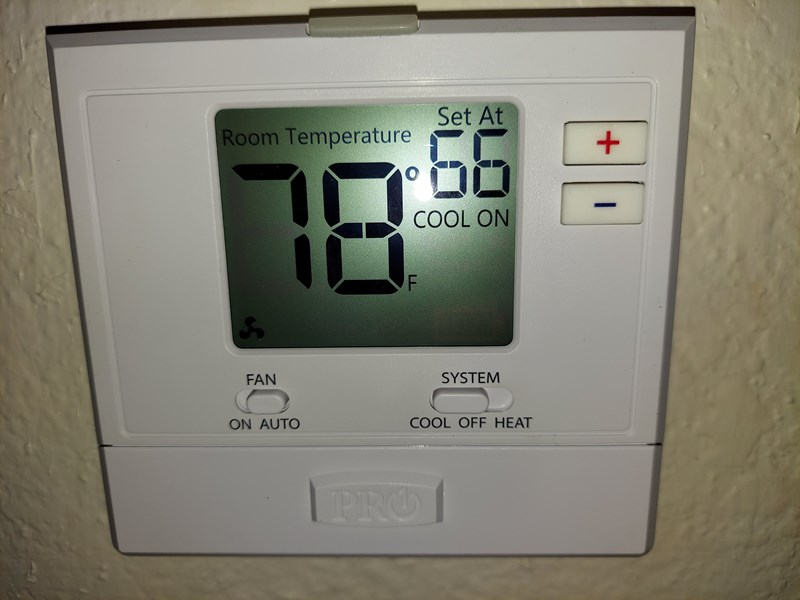 Lightning and high voltage surges are among the perils that can damage a boiler system’s electrical components, including the thermostat.

High voltage surge is a voltage fluctuation that can lead to overarching electrical damage. Surges affected 10 percent of the boilers HVACi assessed last year because they can impact the boiler’s electrical components.

Thermostats can be digital or use smart technology to make them easier to set to a desired temperature. They signal the burners to ignite to warm the boiler’s heat chamber. Other electronic boiler components can include an electronic low water cutoff or an electronic ignition that doesn’t require a pilot light. Additional components that could malfunction from surges are aquastats, circulating pumps, and some electronic zone control valves.

If a boiler is fully electric it can be at risk for more damages from surge. These do not use any other fuel source to generate steam to heat a facility and are more efficient, according to the U.S. Department of Energy; however, the cost of electricity makes all-electric boilers too expensive.

Similarly to the impacts of surges on consumer electronics, electronic boiler components should be evaluated by a professional following a voltage irregularity and could require replacement. 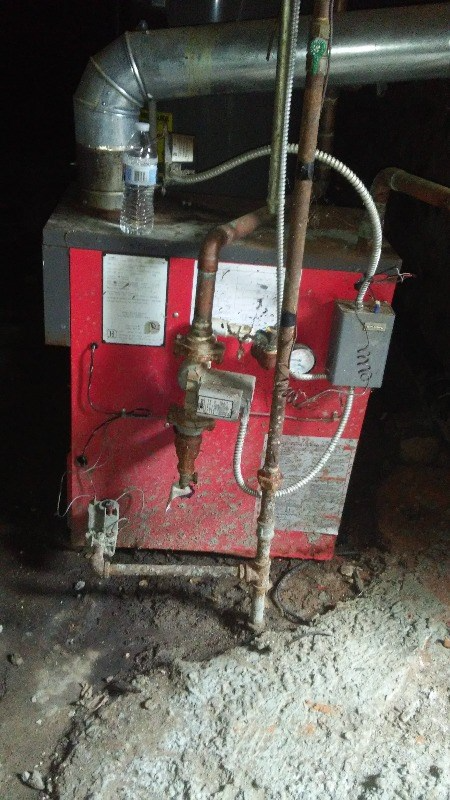 Boilers have gas valves and burner assemblies that are among the equipment that can be damaged when submerged by water.

As critical as water is to a boiler system, it can also be the cause of major damages.

Elements affected from prolonged water exposure are the electrical components, burner, and the combustion or heat chamber. If the system or components got wet during a loss, the system should be evaluated by an HVAC professional for potential damages or issues related to water damage.

Policyholders sometimes opt for an underfloor hydronics system, which uses pipes between the slab or subfloor and finished flooring to heat a room. Leaks in a pipe may be difficult to detect until major water damage has occurred.

Freezing, another peril that damages boilers, causes pipes, terminal units, or valves to burst and results in water damage. Repairs may be difficult depending on what metal was used in the pipes. Copper is easier to repair, while cast iron may need to be replaced.

Theft Is Rare, But It Does Occur

Only 2 percent of the boilers in claims HVACi assessed had theft and vandalism as the cause of loss, but it can happen. Copper is a popular metal to steal, particularly from HVAC equipment. The theft of copper piping in boilers could damage other components and wires that will need evaluation.

Theft, water, surges, puffbacks, and low water cutoff malfunctions are all damages that need a trained eye to accurately confirm cause of loss and scope of damage. By not doing that, adjusters risk settling for a peril that isn’t covered by a policy or paying for replacements that aren’t necessary.

HVACi is the nation’s leading provider of HVAC and Refrigeration assessments for insurance carriers. Adjusters should submit a claim to receive comprehensive and objective claim handling solutions in a timely manner.

Get Your Boiler Case Study Now