Understanding the Impact of Federal Regulations on HVAC Claims

The following article on “Understanding the impact of federal regulations on HVAC claims,” written by Jay Dykstra of HVACi and StrikeCheck, was originally published on Property Casualty 360.

Regulations relating to some HVAC system components continue to be evaluated and amended as government agencies implement methods to reduce negative environmental impacts. Adjusters and other insurance professionals should be aware of the regulations, including those regarding refrigerant standards and efficiency ratings, in order to understand how they might affect claims and to avoid being misled by misinformation from contractors or policyholders.

It isn’t a new regulation, but the January 1, 2020, designated date has passed for the complete phaseout of virgin R-22. Yet, the rules and facts continue to be distorted about the substance commonly referred to as Freon and used in air conditioners and refrigeration equipment.

The U.S. Environmental Protection Agency (EPA) regulation was initiated decades ago when the Montreal Protocol on Substances that Deplete the Ozone Layer took place in Canada in 1987. The concern over hydrochlorofluorocarbons (HCFCs) and their effects on the ozone layer led to amendments to the U.S. Clean Air Act in 1990, which included the phaseout of virgin R-22.

The regulation halts the production and import of most HCFCs, but it doesn’t prohibit their overall use in existing HVAC systems. Policyholders filing claims for full system replacements instead of for only necessary repairs simply because their current systems use R-22 are causing insurance carriers unnecessary claims leakage. Systems that use R-22 are still prevalent and can be repaired. Components for R-22 systems can and will continue to be produced for the foreseeable future.

It’s important to note that any R-22 removed from a system, with the intention of not returning it to a system owned by the same person, must be reclaimed by EPA standards and returned to the market. It cannot simply be vented into the atmosphere but must be recovered anytime it’s emptied. While production of virgin R-22 is not allowed, previously produced refrigerant and what’s been properly reclaimed is still legal and available for use.

In the event policyholders need to switch to components that use another type of refrigerant, a full system replacement may not be required. Purchasing a new evaporator coil and condensing unit and flushing the line set may often suffice. 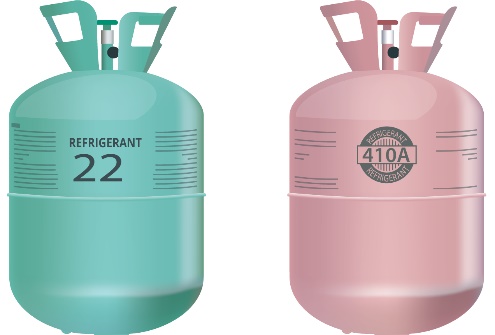 The U.S. Environmental Protection Agency has joined a global effort to reduce negative environmental impacts from certain types of refrigerants, including R-22 and R-410A.

R-410A is not the final solution

The R-22 phaseout had contractors and manufacturers looking to a different refrigerant to replace it. R-410A is the current standard for residential and commercial HVAC systems in the United States and has been for a decade. But R-410A is likely not the final answer as a phasedown for this refrigerant has already begun.

The Kigali Amendment to the Montreal Protocol focused on substances that have high Global Warming Potential, including hydrofluorocarbons (HFCs). The United States and 196 other parties who supported the Kigali Amendment now require an 85% phasedown of the production and consumption of HFCs, including R-410A. That must be completed by 2036 for developed nations like the United States and 2046 for developing countries.

Adjusters should stay up to date with potential HVAC system regulation changes as the EPA, equipment manufacturers, and chemical companies determine the next standard refrigerant. 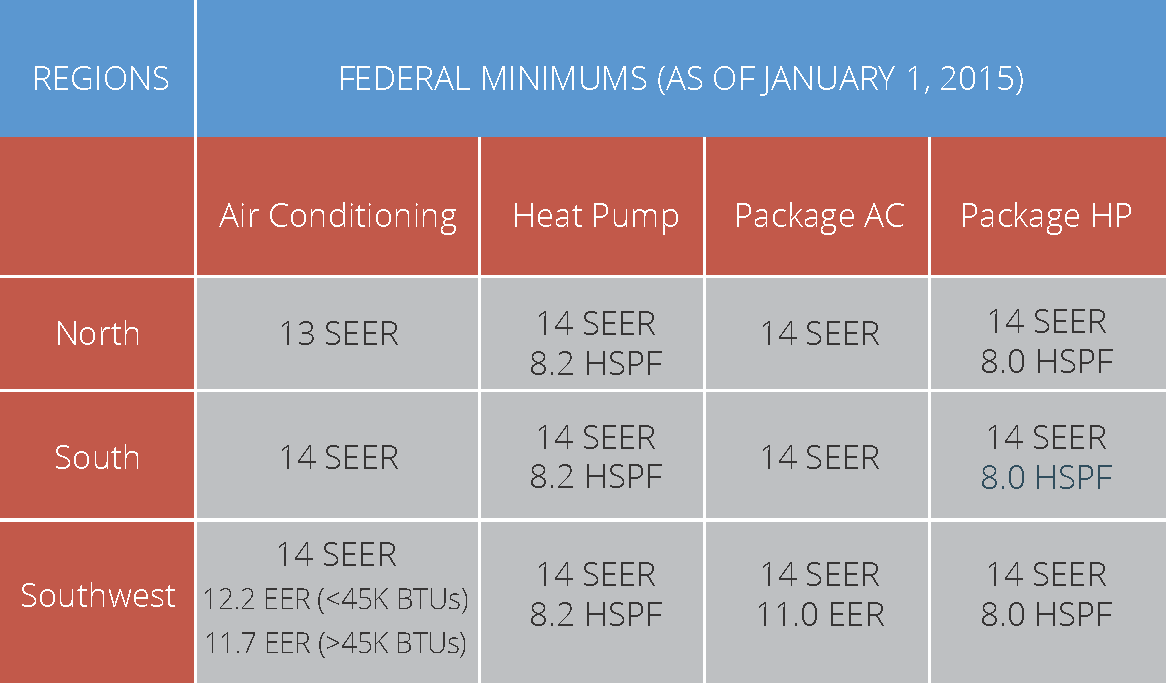 The Department of Energy regulates the minimum Seasonal Energy Efficiency Ratio for residential systems, including air conditioning (AC) and heat pumps (HP), based on location.

The U.S. Department of Energy (DOE) also has an interest in HVAC systems and how they work. The DOE uses the Seasonal Energy Efficiency Ratio (SEER) to regulate how residential systems operate under common conditions, particularly related to energy consumption. Higher efficiency systems have greater SEER ratings.

The standards have evolved and will continue to do so, though ample notice is given. The DOE first implemented energy conservation standards in 1992. It began with a standard of a 10 SEER rating nationwide for central air conditioners. The current SEER ratings were established in January 2015 and determine minimums based on system type and U.S. location. New split systems in northern states, for example, require a SEER minimum of 13; while for southern and southwestern states, the minimum standard is 14. For split-system heat pumps, package air conditioners, and package heat pumps, the national standard is a SEER rating of 14, according to the DOE.

Like the evolving requirements for refrigerant, the next SEER standards change is already in motion. Starting in 2023, all new residential central air conditioning and heat pump systems must meet new minimum SEER standards, according to the U.S. Energy Information Administration. The northern states will have to follow a SEER rating of 14 for straight cool split systems, and the southern states must raise standards to 15.

Insurance personnel should note that indoor and outdoor components should be compatible to ensure they can properly work together and overall system efficiency standards are met.

Commercial systems have had the most recent change in efficiency standards. The current requirements took effect in January 2018 so that new systems are 10% more efficient. Rather than location, these new rules are based on the cooling capacity of the equipment (BTU/hr). Although they still differentiate between split systems and heat pumps, it goes even further by then splitting them between systems with electric resistance heat or no heating and all other types of heating, such as furnaces or boilers.

The Integrated Energy Efficiency Ratio (IEER) is used for commercial cooling equipment and is based on how the system operates under specific temperature conditions. The Coefficient of Performance (COP) measures heat pump efficiency by calculating the amount of heat created using 1 watt of energy, ranging from 1.5-4. The closer to 4, the better.

The second phase to further increase efficiency standards on commercial HVAC equipment is slated to take effect on January 1, 2023.

As regulations relating to HVAC systems and their components continue to change, it’s important adjusters and other insurance professionals stay up to date with them or seek the help of a knowledgeable third party to ensure claims are handled appropriately.