Hundreds of thousands of insurance claims are filed annually in the United States because of severe hailstorms that can cause billions of dollars’ worth of damage, according to the National Centers for Environmental Information (NCEI).

Texas and Colorado are the leading states for number of claims related to hail, an analysis by the National Insurance Crime Bureau (NICB) shows. Nebraska, Missouri, and Kansas rounded out the Top 5 loss states, according to the study that went from January 1, 2016, to December 31, 2018, and included nearly 3 million hail loss claims.

Each storm comes with a cost. A March 2019 hailstorm in the Dallas metroplex, for example, ravaged homes, vehicles, and businesses, resulting in roughly $1.6 billion in damages, according to the NCEI. Severe storms in June 2018 caused a total of $3.6 billion in damage to Colorado and Texas. 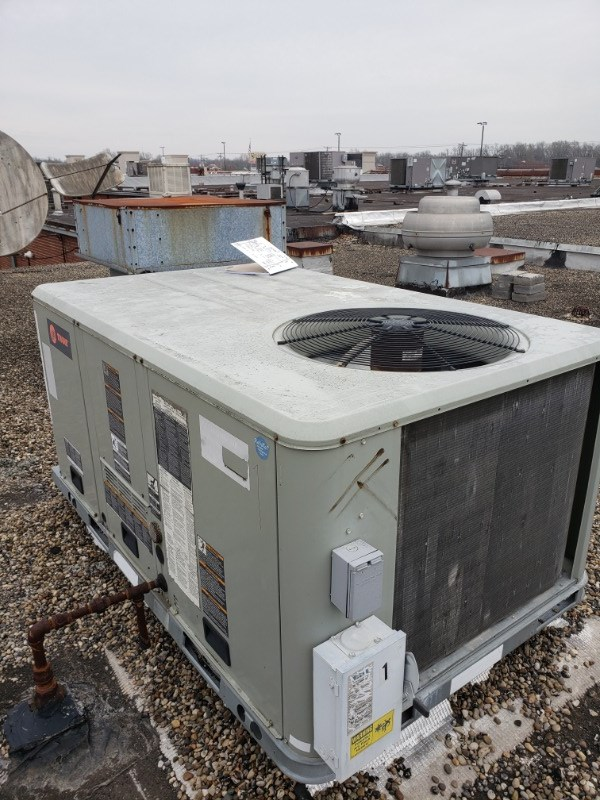 Hailstorms are common, making it important to know how hail impacts commercial HVAC equipment and how to handle these claims.

Commercial HVAC equipment, including ground and rooftop units, is susceptible to hail damage.

Package units, all-in-one heating and cooling systems that can vary in size, are the most common commercial HVAC system affected by hail because they have several more vulnerable components. Refrigeration units, including walk-in coolers, ice machines, and refrigerated preparation tables, are used at many commercial properties, including grocery stores and restaurants. Because of the condensing units outside, they are also liable to have hail damage. Exhaust systems remove unwanted heat and combustible gas from a home using fans and vents, and the external vent caps are also frequently damaged by hailstones. 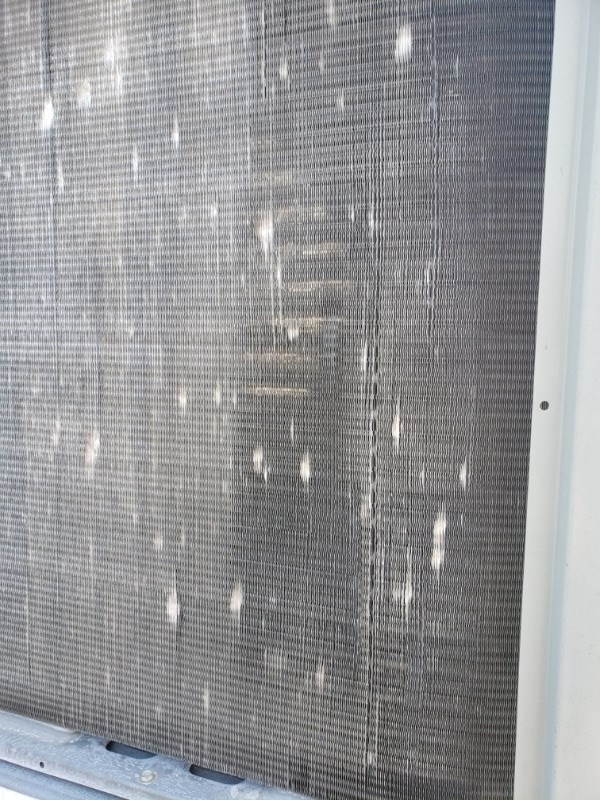 Condenser coils are among the HVAC system components prone to hail damage.

Commonly damaged components of a commercial HVAC system include:

Hail Damaged The System, Now What?

To prevent hail damage, policyholders can install hail guards, which protect condenser coils from hailstones. However, since many systems don’t have those, the results are dented, bent, or torn condenser coils.

The fortunate part is that hail damage doesn’t guarantee a replacement is needed. Whether it’s a rooftop unit or a system on the ground, most of the losses can be repaired. 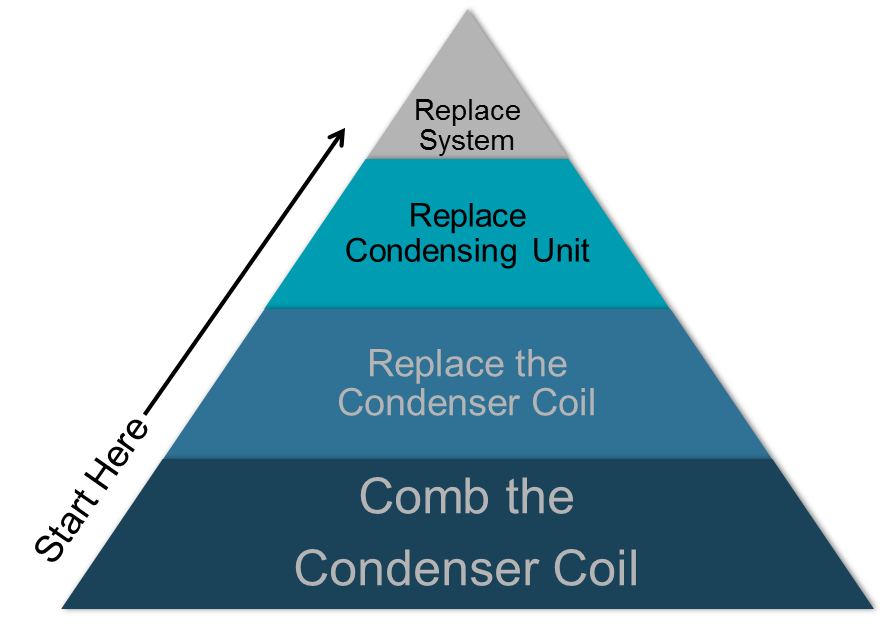 Repair options exist before settling for a full-system replacement.

The methods for returning a system to pre-loss condition range from a simple repair all the way to a full-system replacement.

Other hail-damaged components may not require any action to be taken. A dented cabinet on a package unit or a dented vent cap can remain as-is if functionality isn’t impeded. On the other hand, individual elements that are damaged to the point of causing other system malfunctions, such as damaged fan blades and crushed vent caps, likely must be replaced.

Hail can disrupt businesses across the country, leading to costly damages and insurance claims. It’s important for adjusters to know what to look for and how to handle them.

If you have a hail claim that includes a commercial or residential HVAC system, we can help. Contact HVACi to submit a new claim.