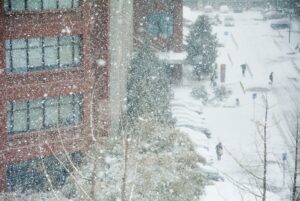 Snow and ice from Winter Storm Uri caused widespread damage, power outages, and other repercussions throughout Texas – but it is not the only cause of loss for damaged equipment. Photo Credit: “Snow Covered Bare Trees” by Haojie Xu / CC BY 4.0

Insured losses from Winter Storm Uri are expected to exceed $10 billion; however, adjusters shouldn’t assume resulting property claims with HVAC systems are all related to the unusual weather events that overwhelmed Texas and caused catastrophic damages in mid-February.

HVACi has completed thousands of equipment evaluations for HVAC systems in Texas that all began to fail around then. While many have signs of damage or aren’t functioning as designed, comprehensive testing based on engineering best practices has led to cause of loss determinations that differ from what many insureds – and their contractors – expect them to be. Before settling another claim where an insured has stated their system failed because of freezing conditions or frozen refrigerant, insurance professionals should better understand why that may not be accurate and requires verification.

Know the Freezing Point of Refrigerant

Refrigerant is the lifeline of most HVAC systems. It’s used to absorb heat during the process to condition air to be a more desirable temperature in a home or business. Refrigerant comes in synthetic forms, including Chlorofluorocarbons or Hydrochlorofluorocarbons, and natural forms, such as Hydrocarbons and Carbon Dioxide. Among the elements used in many of these are Carbon, Fluorine, Hydrogen, and Chlorine. Consequently, refrigerant’s freezing point is well below that of an unexpected winter storm in Texas – or Antarctica.

Earth’s coldest temperature ever recorded was -136 degrees Fahrenheit on the East Antarctic Plateau on Aug. 10, 2010. Yet even in these conditions, the most frequently used refrigerant in HVAC systems wouldn’t freeze there. 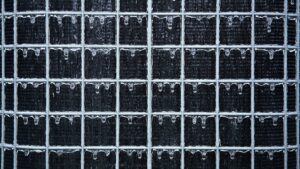 Snow and ice may cover a condensing unit outside, but the refrigerant inside of it won’t freeze causing leaks in the copper tubing, as some policyholders claimed. Photo Credit: “Air Conditioner” 17046710 / CC BY 4.0

It’s evident that freezing temperatures in Texas, or elsewhere in the United States, don’t cause refrigerant to freeze, expand copper tubing, and leak out. These kinds of failures are more likely to stem from wear and tear and occur over time.

Reports state Winter Storm Uri could become the costliest winter weather event in Texas history. Freezing conditions are so atypical of the area that not everything is designed for them, including HVAC systems.

Heat pumps are most effective in temperate climates where they do not need additional heating sources.

Heat pumps work best in temperate climates, and policyholders in Southern states may prefer them. However, extreme heat or cold can be problematic for these systems.

The temperatures in Dallas, Texas, from Feb. 14-17 never went above freezing – ranging from 14-29 degrees Fahrenheit. Policyholders trying to keep their homes and businesses heated may have caused the Delta T to be larger than a heat pump is designed for, which could have put excessive strain to the system.

Heat pumps have a lifespan of 15 years under typical circumstances. To make up for the larger Delta T, they would have run longer without their required downtime that ensures longevity. Freezing conditions caused heat pumps to work harder, but the resulting overheating and failures would have directly come from the intensified wear and tear, particularly if signs of usage damage were already present. An expert assessment will confirm whether the damage was a repercussion of overuse and not freezing conditions.

Freezing and high voltage surge were frequently claimed perils after the winter storm, but definitive testing would verify them as cause of loss.

A heat pump’s electrical components, refrigerants, and motors aren’t affected by colder temperatures and wouldn’t be physically harmed. Prolonged operation causes wear and tear to compressors and heat strips, but motors within the heat pump system, including the fan motor and blower motor, can handle it. On the other hand, failures to commercial boilers and chiller water coils as well as residential water heaters were prevalent due to the freezing conditions in Texas. 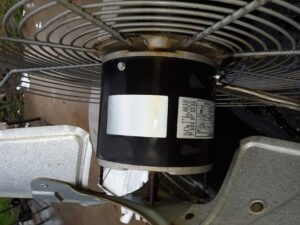 Fan motors inside a heat pump typically wouldn’t be affected by colder temperatures and wouldn’t be physically harmed.

Power outages were widespread after the Texas storm, and high voltage surges could have impacted HVAC systems once electricity was restored. High voltage surge was the cause of loss for 11% of HVAC systems assessed last year, according to the CCG IQ 2020 Annual Report. Equipment testing would prove if a surge caused the damage, which would be more limited to electrical components.

Another critical aspect to consider is how much of the system sustained damage. When freezing or high voltage surge are the direct cause of loss, HVAC damage is more widespread and could require major repairs or replacements. However, when these perils are indirect causes, the damage is typically limited to single-component failures that may only need a repair to return the policyholder to pre-loss condition.

Catastrophe claims vary in size and severity. It’s essential adjusters rely on expert support to verify cause of loss and ensure a carrier isn’t settling a claim with equipment in properly working order or for components that were damaged by a non-covered peril. It’s also critical adjusters have access to manufacturer-direct research to certify policyholders can obtain the needed components to easily return to pre-loss condition at market value costs.

HVACi delivers expert onsite damage assessments and desktop reviews, regardless of if the loss stems from a catastrophe or a minor event. Adjusters trust HVACi to provide objective, actionable, and comprehensive reports with enough information to make settlement decisions quickly, confidently, and accurately. Submit a claim to determine cause of loss, most appropriate repair and replacement options, and market value pricing.