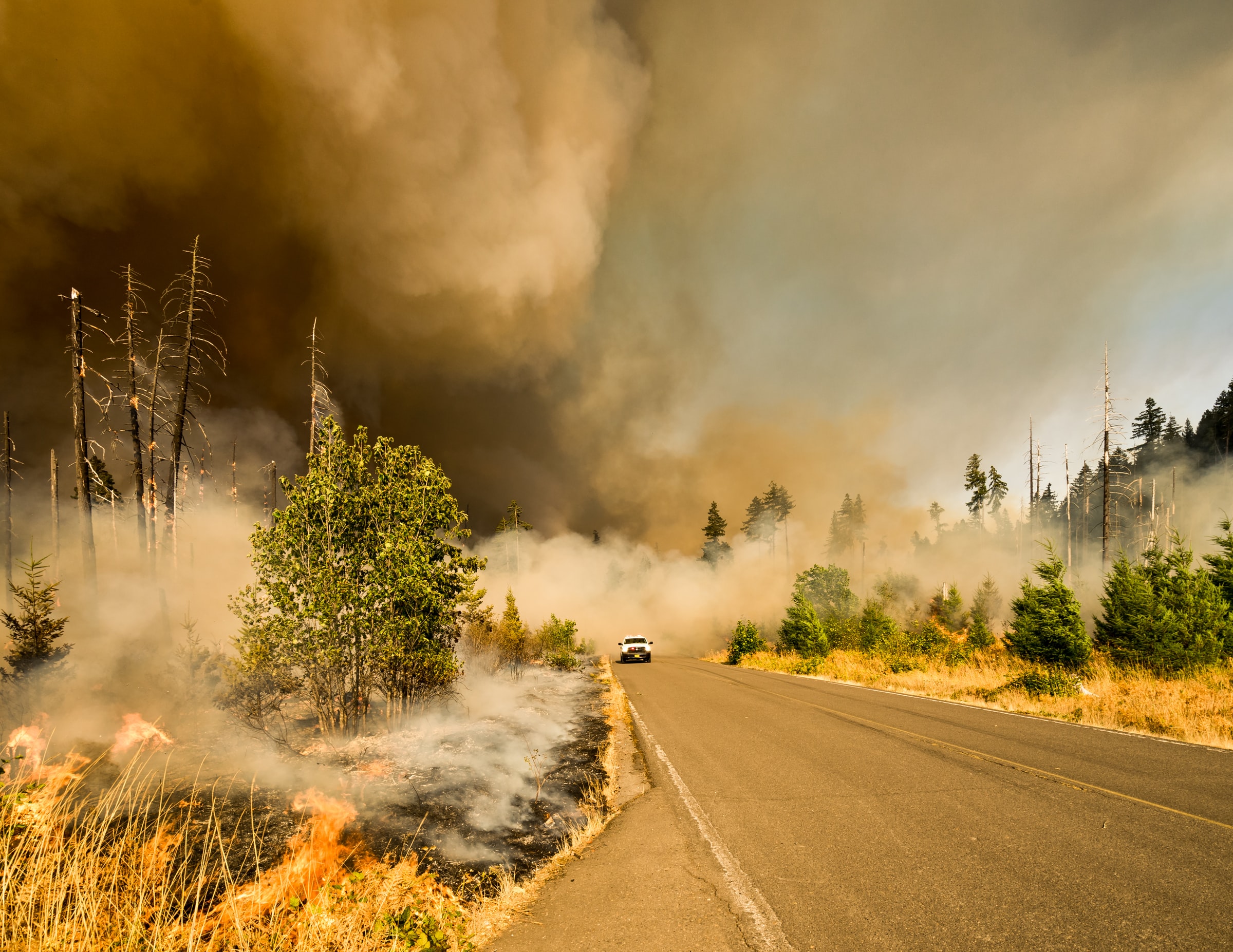 After one California wildfire had subsided, the resulting smoke and ash took a toll on an HVAC system located in a home miles away. Soot had coated the condensing unit, the onsite inspection revealed, and it entered the indoor equipment and ductwork. While the diagnosis may seem like damage is extensive, adjusters should know this didn’t require a full system replacement — and neither will many of the claims with HVAC systems damaged by the onslaught of wildfires this year.

In 2019, approximately 48% of the HVAC systems that the insurance services company HVACi inspected for smoke and fire damage could be returned to pre-loss condition with a repair or were in proper working condition at the time of inspection.

In the aforementioned claim, the assessment found the electrical components weren’t affected, and the refrigerant pressures were aligned with manufacturer specifications. The split system could be returned to pre-loss condition by cleaning some components and switching out the furnace and ductwork. This is considered a major repair; however, not all wildfire-damaged HVAC systems will need this extent of work either.

Adjusters should know what to expect for claims with HVAC systems impacted by smoke and fire as well as be familiar with potential next steps to return the policyholder to pre-loss condition.

Ways HVAC systems can be affected

Wildfires — any fires — leave some telltale evidence if they are to blame for damages. 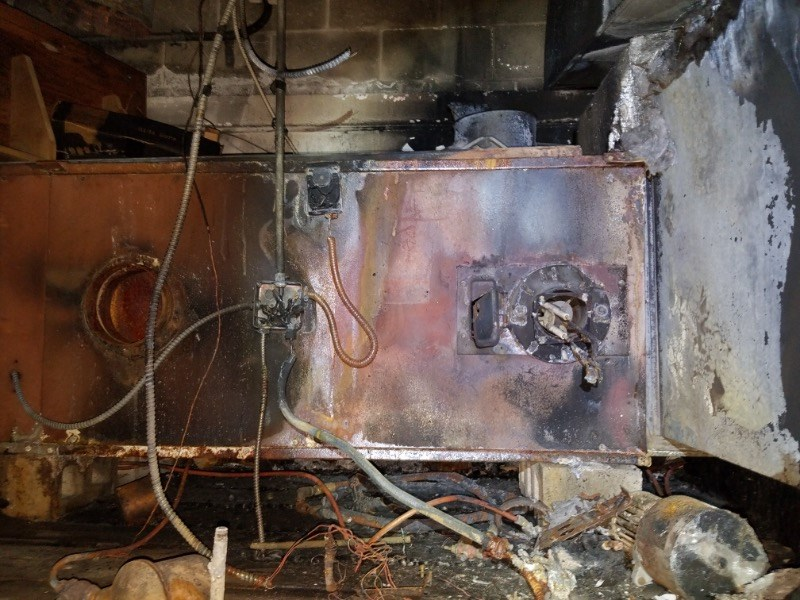 Direct contact with flames produces charring, burning, and melting. Outside components, including the condensing units for residential split systems and commercial packaged units, are most at risk for direct wildfire damage. Heat can also damage the refrigerant, which could require switching out indoor equipment in the refrigerant circuit, such as the line set and evaporator coil.

While direct fire causes more evident damage, adjusters still should assess for the scope of damage and verify if flames, heat or smoke affected the rest of the system.

Regardless of where the fire is, internal and external HVAC components are at risk for damages from smoke, soot, and ash. These particles are pervasive because they’re transported through the air. A home that’s miles away from the nearest fire can still sustain major soot and ash damage. 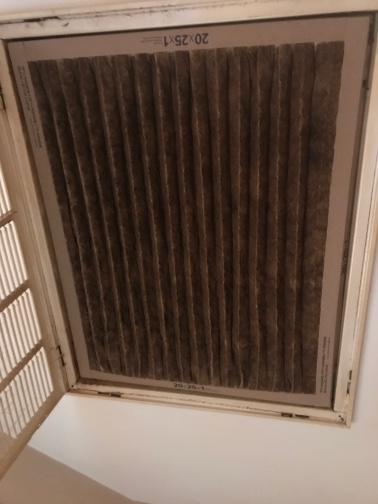 Dirty filters are a common side effect of a nearby fire, but filters are easily replaceable without needing any other major repairs.

HVAC systems can intensify damage by circulating smoke and the other elements throughout the property. Air filters can help trap larger particles, though policyholders will need to change filters more frequently. A clogged air filter can’t remove debris as well and makes the blower, which is also a target for smoke, work harder to pull needed air through the air handler. HVAC blowers that are forced to work harder could shorten the unit’s lifespan or increase utility bills over time. Similarly, the coils in the condensing unit can also become clogged and later lead to compressor motor problems.

Ductwork is also susceptible to smoke, soot and ash damage because these items stick to it.

Another common peril related to wildfires is high voltage surge. This causes damage to the HVAC’s electrical components and has the potential to occur if there’s a power outage during or after a blaze. Surges don’t always result in visible damage and electrical components may need to be tested.

While wildfires may seem like an obvious cause of loss, it’s important adjusters confirm the damage is associated. Policyholders may think their HVAC systems aren’t working because a wildfire was nearby when in fact, the HVAC system sustained damage from age-related wear and tear, which is typically not a covered loss.

One repair option may seem trivial, but it’s a viable one in some cases. When the ash is no longer hot, thorough equipment cleaning may resolve concerns. 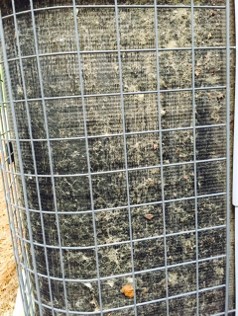 Dirty coils don’t always need to be replaced and can sometimes be cleaned with solvents designed specifically for cleaning coils.

Outdoor equipment is designed to get wet, so washing the cases and cabinets shouldn’t cause concern. Condenser coils can be washed with hoses, but pressure washers can actually cause damage and should be avoided. Specialty cleaning solvents are designed specifically for cleaning coils if it’s in good enough condition to be washed.

Some indoor equipment can also be cleaned, including supply and return registers or ductwork, depending on what it’s made of, where it is, and its condition before and after the fire. Flex duct is more fragile, and cleaning must be done without hard brushes or cleaners. Forced air and vacuuming equipment can loosen and remove the soot in cases of a light dry smoke loss, which is commonly seen from wildfires. Harder ducts can be cleaned with more invasive methods followed by forced air and vacuuming.

Evaporator coils and blowers are targets for smoke but can be more difficult to clean if they have to be removed for better access. Adjusters should consider if that still makes cleaning a cost-effective repair option for these components.

Adjusters will sometimes find it’s a better and more cost-effective solution to replace specific parts without requiring a full system replacement. Equipment compatibility, state and federal HVAC replacement regulations, and like kind and quality products priced at market value should all be considered.

Wildfires can cause massive devastation over a widespread area. Don’t assume fire-damaged HVAC systems are a total loss. A new condensing unit, while a major repair, is still less costly for your policyholder than a full system replacement.