4 Things Adjusters Should Know About the HFC Phasedown

National initiatives for more environmentally friendly alternatives to certain gases used in HVAC refrigerants are in motion and will continue to progress in the coming years. Hydrofluorocarbons (HFCs), which are in the popular refrigerant R-410A, are slated to be phased down next to reduce their negative impacts. Changes as plans proceed will likely affect policyholders. 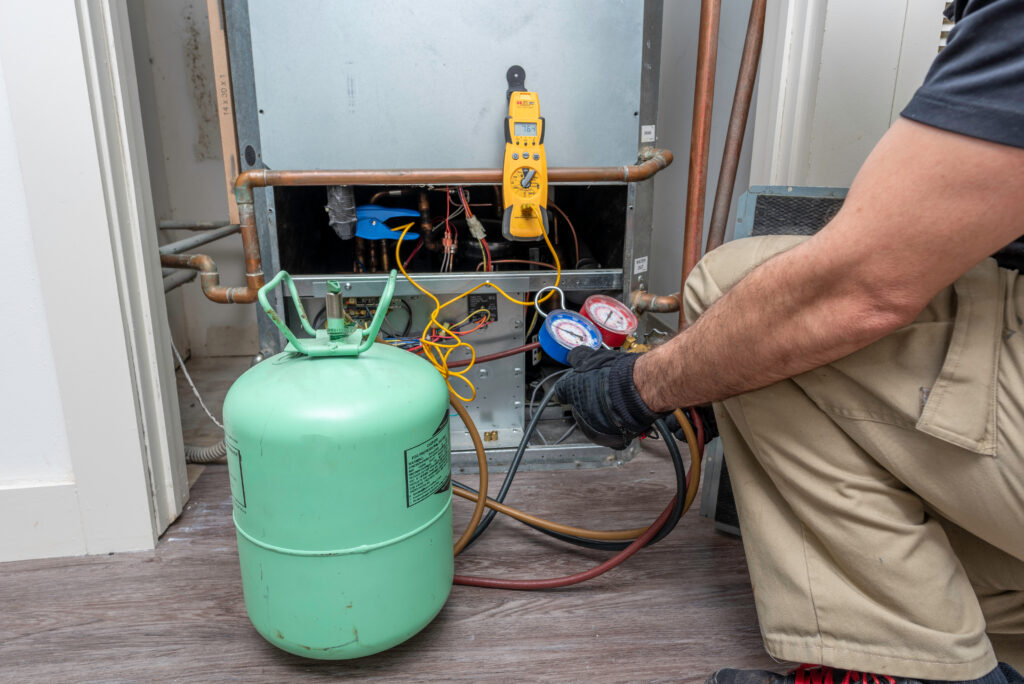 R-410A is a refrigerant made from Hydrofluorocarbons, which are under global and national scrutiny to reduce consumption and negative environmental impacts.

The United Nations (UN) established global initiatives to decrease the use of certain substances through The Montreal Protocol on Substances that Deplete the Ozone Layer. It’s a multilateral environmental agreement regulating the production and consumption of nearly 100 manmade chemicals known to negatively impact the ozone layer.

R-22, better known as Freon, was among the Hydrochlorofluorocarbons (HCFCs) that went through their own phase down because of the Montreal Protocol. The overall ban on the production and importation of virgin R-22 took effect in 2020. Now only recovered, recycled, or reclaimed R-22 supplies are available.

Another initiative is the Kigali Amendment to the Montreal Protocol, which aims to now phase down HFCs by also cutting their production and consumption. HFCs are in aerosols, fire suppression, foam blowing sectors, and refrigeration and air conditioning refrigerants such as R-410A. HFCs aren’t linked to ozone layer depletion, but they are greenhouse gases affecting global warming. More than 130 countries have already formally ratified the Kigali Amendment to promote the reduction in use. 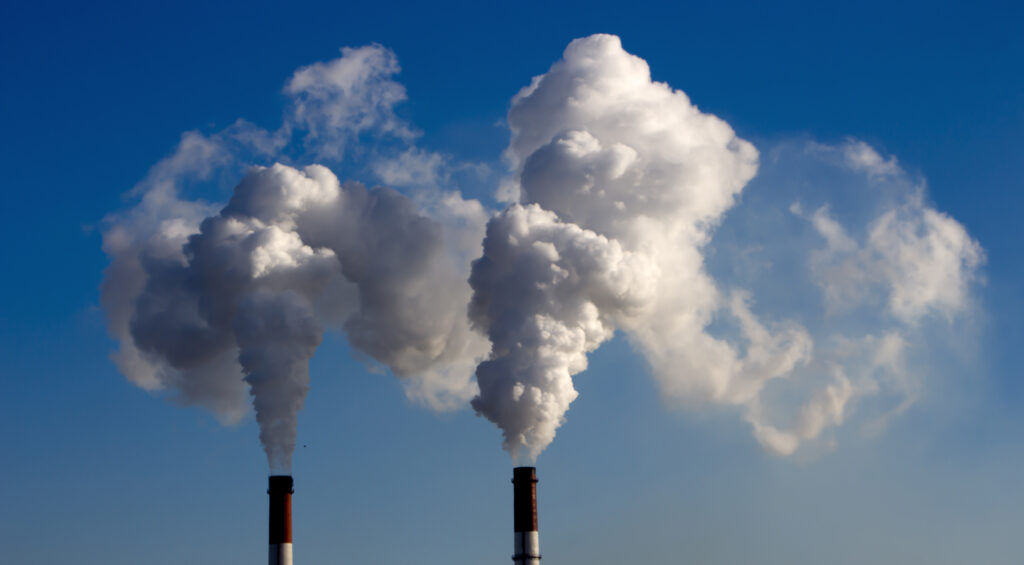 Gases that negatively impact the ozone layer or the greenhouse effect are among those the Montreal Protocol and its amendments are phasing out.

2. The United States Has Supported These Initiatives

Several U.S. projects bolstered support for the UN’s efforts to be more mindful of climate impacts.

The U.S. Senate approved the Kigali Amendment with bipartisan support in September 2022. The following month, President Joe Biden signed an international agreement to limit the use of HFCs, joining the other countries.

In 2020, the American Innovation and Manufacturing Act gave the U.S. Environmental Protection Agency (EPA) the authority to address HFCs by phasing down production and consumption of listed HFCs, managing them and their substitutes, and facilitating the transition to next-generation technologies. The U.S. goal is to have an 85% reduction in HFC production and consumption by 2036.

The EPA previously approved HFC allowance allocations for 2022 and 2023, which set up production and consumption baseline levels and the methodology for allocating HFCs. For example, the companies and U.S. agencies that use HFCs for semiconductors and mission-critical military applications have a designated number of application-specific allowances.

In October 2022, the EPA submitted a proposed rule regarding allowance allocation methodology for 2024 and later years to enhance those efforts to meet the reduction goal. It’s slated for approval in 2023.

4. Policyholders Don’t Have to Do Anything Right Now

The HFC phase down is like the R-22 phase out. Contractors should not be recommending that policyholders replace HVAC systems that use R-410A now because of the changes. Regulations will determine what manufacturers must do going forward. 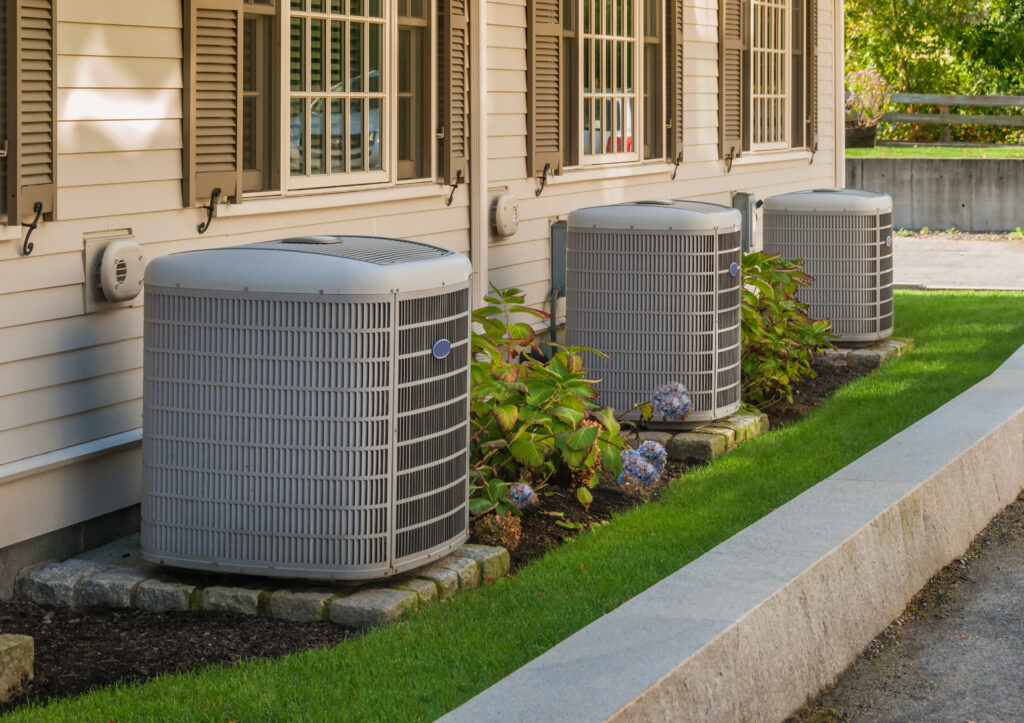 For now, policyholders should repair and replace their HVAC equipment when necessary and not because of changing refrigerant regulations.

In the meantime, adjusters may begin to see other refrigerants used in newer HVAC equipment. It’s critical that policyholders have internal and external HVAC components that use the same kind of refrigerant. Transitioning equipment from one to another doesn’t always require a full system replacement, though other components may be necessary.

Adjusters handling claims with HVAC systems should ensure that HVAC equipment is compatible, and that contractor-suggested repairs and replacements are necessary and in line with regulations. HVACi can help by providing objective damage assessments. Insurance professionals receive comprehensive reports that include cause of loss verification, scope of damage determinations, and recommended repairs and replacements.

Have a specific question about refrigerant in a policyholder’s HVAC system? Submit a claim to HVACi for accurate, fast claim solutions.